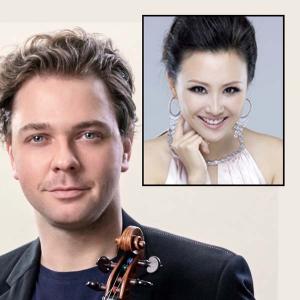 <!--break-->Moscow-born Alexander Sitkovetsky was awarded first prize at the Trio di Trieste Duo competition alongside his wife, pianist Wu Qian. He is an alumnus of the prestigious “Chamber Music Society Two” program at the Lincoln Center, and in 2016 received the Lincoln Center Emerging Artist Award.

Wu Qian has given recitals in Wigmore Hall, Royal Festival Hall, the Concertgebouw, and Kennedy Center. She has appeared with the Brussels Philharmonic, the London Mozart Players, I Virtuosi Italiani, and the Munich Symphoniker.