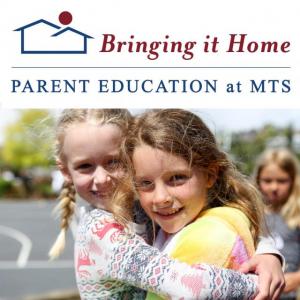 Dacher Keltner - Cultivating Caring Communities: The Science and Practice of a Civil and Kind Society

Mount Tamalpais School is excited to present Dacher Kelnter in our Parent Education Speaker Series. This is a free community event in Mill Valley at our school campus.

Biography: Dacher Keltner is a Professor of Psychology at the University of California, Berkeley, Director of the Berkeley Social Interaction Lab, and the founding director of the Greater Good Science Center. His research focuses on the biological and evolutionary origins of compassion, awe, love, and beauty, as well as power, social class, and inequality.

Keltner is the author of The Power Paradox: How We Gain and Lose Influence, as well as the bestseller Born to Be Good: The Science of a Meaningful Life, and co-editor of The Compassionate Instinct. He has published over 190 scientific articles, including seminal works on the psychology of awe (Keltner & Haidt, 2003) and is the co-author of two textbooks. He has written for the New York Times Magazine, London Times, and Utne Reader, and his research has been covered in Time, Newsweek, the Wall Street Journal, the New York Times, CNN, NPR, and the BBC as well as many other outlets.

In addition to his university work and research, Dacher Keltner has collaborated on projects at Facebook and Google. Most recently, Keltner was the scientific consultant for Pixar’s highly acclaimed film Inside Out, for which he helped revise the story emphasizing the neuropsychological findings. Dacher is also the host of the Greater Good Science Center’s award-winning podcast, The Science of Happiness and is a co-instructor of the GGSC’s popular online course of the same name.
*****
​​​RSVP requested: https://www.mttam.org/dacher-keltner