Back to top
Home | Calendar | Rumpelstiltskin! 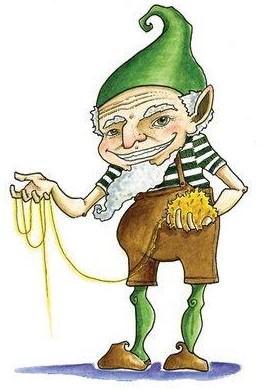 A miller hopes to bring himself and his daughter out of poverty, and tells the king that his daughter can spin straw into gold. The king was in disbelief and decided to test the millers daughter. The girl begins to cry because she cannot actually turn straw in to gold. Suddenly a little a funny creature appears in the room and decides to make a bargain with her. The creature agreed to help turn the straw to gold, but each time they wanted something in exchange. The final deal was if the creature spins the last batch of straw into gold then the creature would get the girls firstborn child when she married the king. The girl ultimately agree's to the creatures request. The creature spins the last batch of straw into gold and the girl became the queen. One year later the Queen's baby is born and the creature returned to claim their part of the deal. The Queen refuses to give up her baby and the creature said that if she guessed their name within the next three days she could keep her baby. Come see this hilarious production of this old fairytale and find out what happens!