Back to top
Home | Summer Road Trip! The Gold Country, Part I

If you're looking for a vacation destination a little closer to home this summer, consider heading up to California's historic Gold Country in the Sierra Foothills. It's a relatively short 2-1/2 hour drive from the Bay Area, and there are plenty of things for families to do. You can visit historic mining towns, pan for gold, explore caves, go wine tasting (for mom and dad, of course), take a ride on a 19th-century steam train, hike, fish, and more.

We recently took some time off to take a road trip to the southern part of the Mother Lode, where we decided to make a home base of the town of Sonora in Tuolumne County. Sonora, first settled in 1848 by Mexican miners from the state of the same name, is located on the appropriately named Highway 49, which winds north to south through the foothills, Sonora is known as the "Queen of the Southern Mines," and with a population of over 4,000, is the "big city" by Gold Country standards. However, its old-fashioned downtown definitely retains the look and feel of the 19th century.

Downtown Sonora is home to a number of restaurants, antique shops, book stores, and galleries, as well as a handful of small museums with exhibits on area history. Sonora is also a short drive from many different area attractions, including Columbia State Historic Park, Railtown 1897, Mercer and Moaning Caverns, and the historic Gold Rush towns of Jamestown, Angels Camp, and Murphys.

We opted to stay at the Gunn House Hotel, located in an historic building that started out as Sonora's town hospital in the 1850s. We made our decision based on a large amount of research and a personal recommendation, and we really made the right choice! The Gunn House is friendly and charming, with clean, antique-appointed rooms, all with recently remodeled bathrooms and air conditioning. It's in a convenient central location on South Washington Stree right near Sonora's downtown.

The hotel is also directly across the street from several restaurants: Chinese, Japanese, Indian, and a barbeque joint called Outlaws BarBQ and Steakhouse. We tried Outlaws, since we'd been smelling the smoke from their cooker all afternoon, and it was pretty good. They have a children's menu as well as a wide selection of microbrews and local wines. Their barbeque was tasty, too.

The Gunn House is sort of a cross between a motel and a bed-and-breakfast that combines all the best features of each, and it's definitely family friendly, something that a lot of B&Bs aren't. They also have a pool (a necessity during a toasty Gold Country summer) and pleasant gardens and sitting areas, as well as plenty of off-street parking. It's perfect for families with children of any age, or even for a romantic getaway without them. We stayed in room 21 overlooking the pool. The room has two comfy queen beds appointed with down comforters and pillows, as well as its own private balcony.

A fantastic "Innkeeper's Breakfast" is also served up each morning, which includes a wide variety of freshly baked homemade coffee cakes and breakfast breads, Belgian waffles, fruit, cereal, and a really tasty egg casserole made with sausage, cheese and artichoke hearts. Definitely a great way to start the day. One of the best things about the Gunn House is the prices—rooms range from $69 to $109 a night. The Gunn house is located along Sonora's main drag, so try to get a room in the back overlooking the pool if road noise bothers you. Traffic tends to die down early, though, so it's not such a big deal.

During a walk around town in the morning we happened upon Sonora's bustling farmer's market, which takes place downtown every Saturday from 8 to 11 am. We picked up some fruit, a big bunch of carrots, a hunk of gouda cheese from Oakdale Cheese, and a still-warm sourdough baguette to pack as a picnic lunch, and also got a cup of good locally roasted organic coffee (Ethiopian Yirgacheffe) from Sonora's Mother Lode Coffee Roasting Company. If you're in town on Saturday morning, it's definitely worth a visit, and we were able to spend a lot less on lunch than we had planned!

Our first stop was the nearby town of Murphys in neighboring Calaveras County. Founded in 1848 as "Murphy's New Diggings," Murphys is a charming town packed with shops, restaurants, galleries, and tasting rooms for the many area wineries. The register of the 1856 Murphys Hotel includes the names of notable visitors including Mark Twain, Ulysses S. Grant, and J.P. Morgan. You can see copies in the lobby of the hotel; the original register is in the Calaveras County Museum in San Andreas.

We ate our picnic lunch in the pleasant Murphys park, located just off Main Street. With a rushing creek running through the grounds and a large shaded play structure, it's a pleasant place to relax and let the kids work off some energy before lunch. After lunch we headed back to Tuolumne County and Columbia State Historic Park.

Getting to the Gold Country

Sonora is about 150 miles east of the San Francisco Bay Area. To get there, take 101 to 580 across the Richmond Bridge, then follow 580 out through the East Bay to Tracy. At Tracy you'll pick up I-5 north, and then Highway 108/120 which will lead you right to Jamestown and Sonora. Leave a little time to stop at one or more of the many farm stands on the way and pick up some ultra-fresh fruit to snack on.

The Gunn House Hotel is located at 286 South Washington Street in Sonora. For information or reservations call (209) 532-3421 or visit www.gunnhousehotel.com.

The Sierra Foothills can get extremely hot during the summer, and afternoon temperatures in the 90s and 100s are quite common. It can also cool off quite rapidly in the evenings, so sun protection and layered clothing are a must. If you plan on a gold panning expedition, make sure you bring a change of clothes for the kids, since they will probably get wet and muddy. 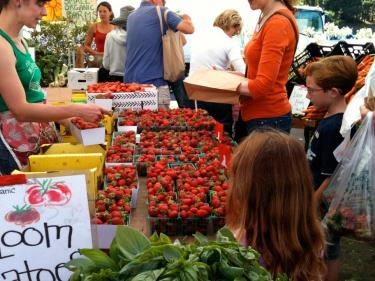 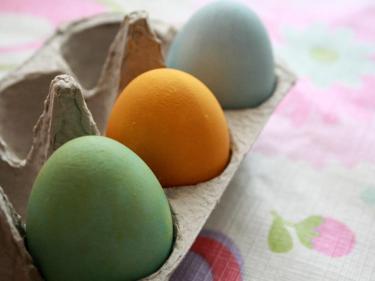 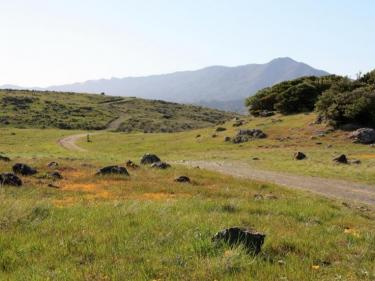