Adventure Awaits at Point Bonita Lighthouse in the Marin Headlands

Point Bonita Lighthouse stands sentinel over the Golden Gate, where it's warned ships of the hazards of the Marin's rugged coastline for over 150 years. A trip to the lighthouse is a fun family outing and a highlight of a visit to the Marin Headlands. It's also far easier to get to than Marin's other famous lighthouse in the Point Reyes National Seashore, but the trip is almost as dramatic.

It's also a great place to take out-of-town guests to check out a piece of San Francisco Bay Area history and take in some breathtaking views of the city and the Golden Gate Bridge. You might even see some humpback whales as the swim in and out of the Golden Gate! It's a must-do outdoor adventure for families in Marin and the Bay Area. 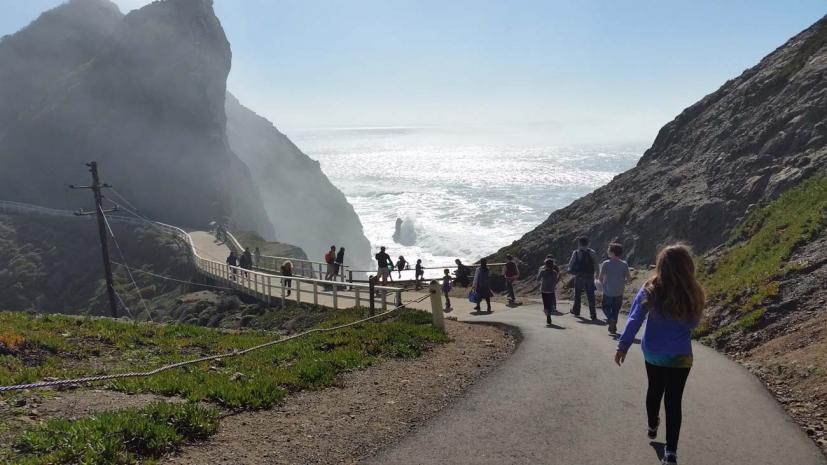 Point Bonita Lighthouse is only reachable via a trail that passes through a rock-cut tunnel and over a swaying suspension bridge. The bridge was closed in 2010 due to structural stability problems, but the span was entirely rebuilt and opened to the public again in 2012. 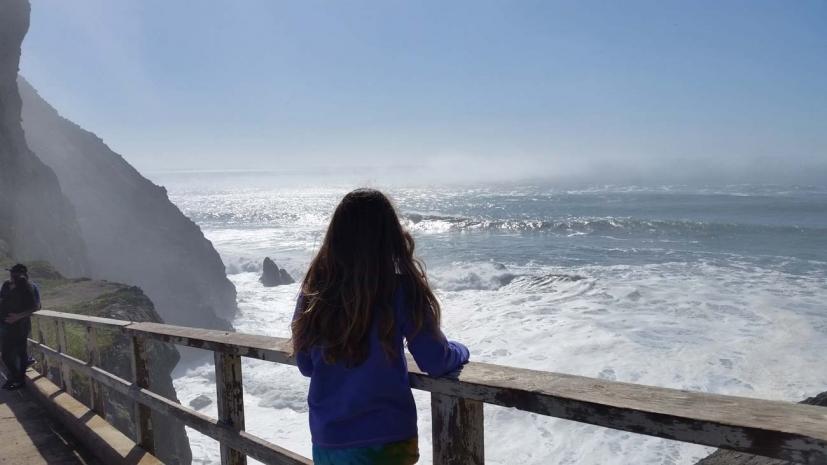 The lighthouse was originally built in 1855 on the cliffs above the present site. The light proved difficult for mariners to see at this location, so it was moved to its current location in 1877, which necessitated the creation of a 118-foot, hand-dug tunnel for access. The suspension bridge was built in the 1950s, and was designed to reflect the form of its nearby bigger sibling, the Golden Gate Bridge. The lighthouse and fog horn are currently maintained and used by the United States Coast Guard, so it's still an actual functioning light station. Despite the presence of lighthouses at the Golden Gate, there were over 300 shipwrecks here in the 19th century. 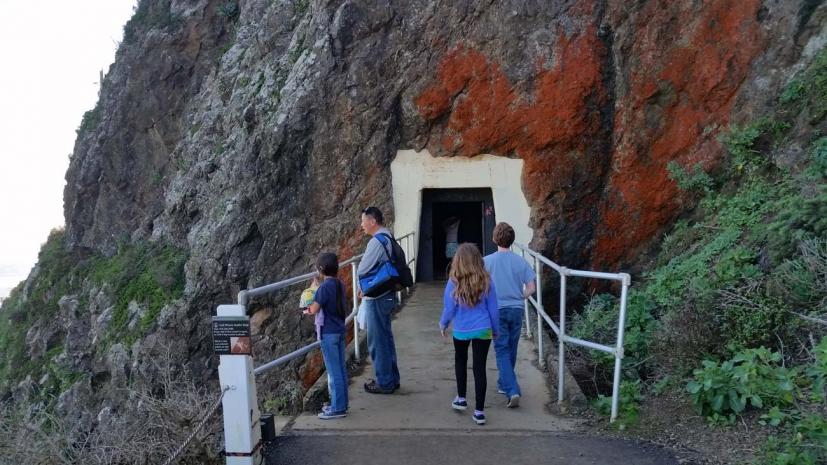 The half-mile walk to the lighthouse is easy and fun, and kids love the tunnel and the bridge, as well as the lookouts along the trail where you can watch a large colony of harbor seals as they swim and sun themselves on the rocks. At various spots along the way you'll see markers for a cell-phone tour of the site, so give the number a call and listen to interesting facts about the history and nature of the area. 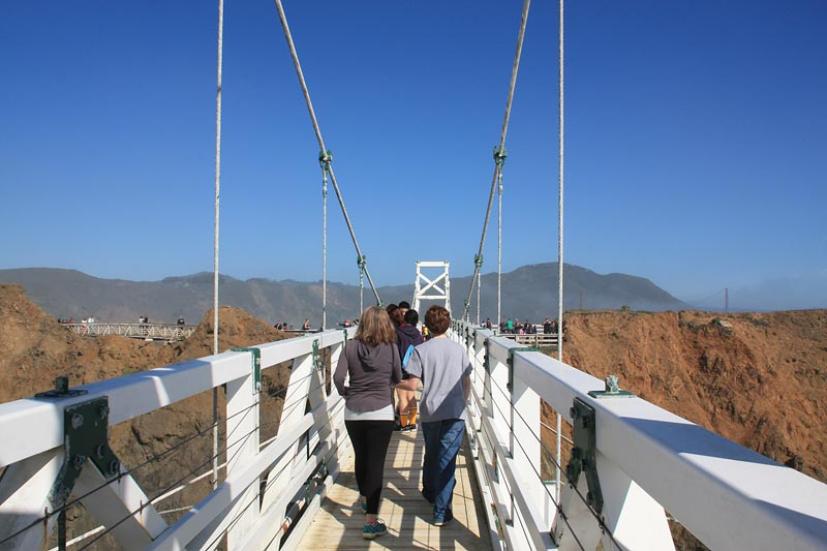 Unlike the old bridge, which could only take so many people at a time, the new one is a sturdier affair. Keep in mind that it does sway and move a little, especially if it's windy, which it frequently is. Since the lighthouse itself, perched precariously on a rock above the sea, can only accommodate 49 visitors at a time, there's a volunteer or ranger stationed at the entry to the bridge to direct traffic. You might have to wait for a few minutes on busy days, but it's a beautiful spot that's perfect for a Golden Gate Bridge photo op. 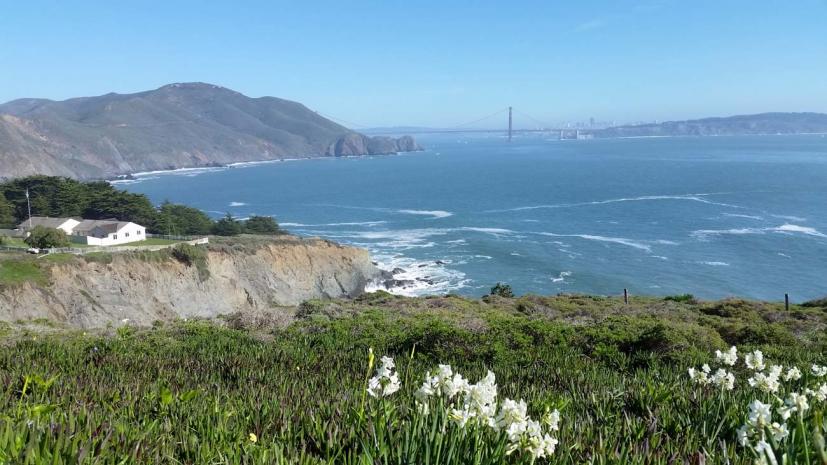 Once at the lighthouse you can walk around the outside and take in the views, and you can wander through the building itself and look at interpretive exhibits and historic photos and wonder what it was like to live as a lighthouse keeper in this inhospitable place. 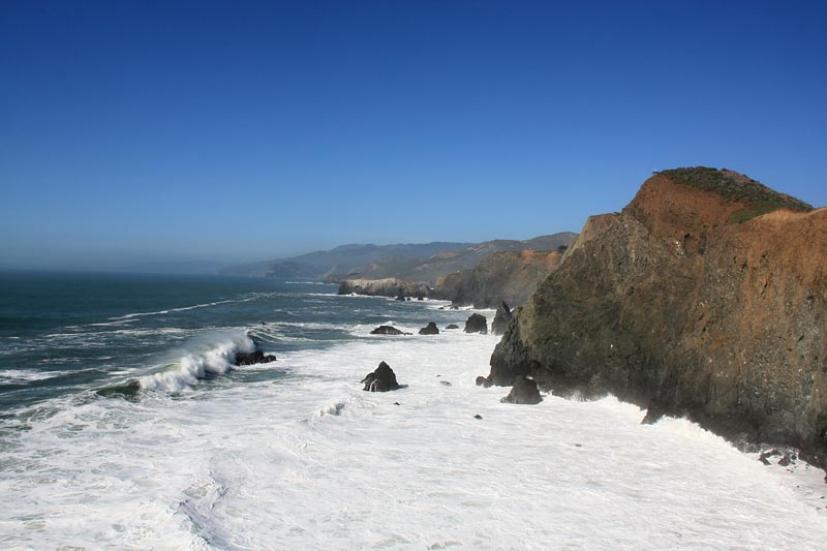 Point Bonita Lighthouse is open Sundays and Mondays from 12:30 to 3:30 pm. Admission is free. Guided tours are available; check the Golden Gate Parks Conservancy website for a schedule.

To get to the Marin Headlands and Point Bonita Lighthouse, take Highway 101 south to the Alexander Avenue exit. Go right at the stop sign and follow Alexander Avenue back under the freeway. Turn left on Danes Drive and take the famous, one-way, mile-long tunnel to Bunker Road. Since the tunnel is one-way, you'll find a stop light controlling access at either end, and you may have to wait for up to five minutes for oncoming traffic to come through. Follow Bunker Road for three miles, then turn left on Field Road and follow it for about a mile to the Point Bonita trailhead.

There's a small parking lot right near the trailhead; this usually fills up quickly. Additional parking can be found along the road and in a large lot at Battery Alexander. The half-mile trail is steep in parts, but should be navigable with a stroller. There's no real shade to speak of here, so remember to bring hats and sunscreen. The weather on Marin's coast is notoriously unpredictable, so make sure you dress you family in layers; fleece jackets or windbreakers are usually a must.

You'll find restrooms in the form of portable toilets at the trailhead. No drinking water is available, so bring your own. There are drinking fountains down the road at the Marin Headlands Visitor Center. 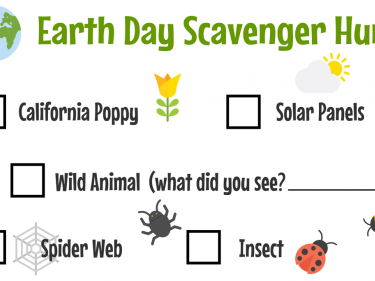 Have an Earth Day Scavenger Hunt on Your Neighborhood Walk 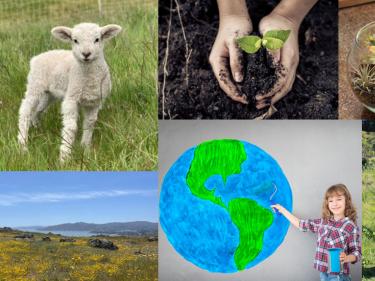 First-time Family Camping Spots in Marin and Beyond 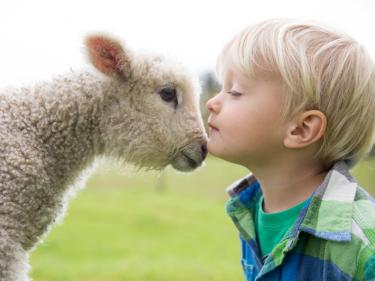