Back to top
Home | Day Out in Sonoma, Part I: Picnic on the Plaza

Day Out in Sonoma, Part I: Picnic on the Plaza

One of our absolute favorite family day trips is to the town of Sonoma. Sonoma is a fantastic wine country destination for either a family outing or a weekend getawaty. About a half-hour’s drive from northern Marin, Sonoma is not as busy or as up-to-the-moment trendy as the Napa Valley, its flashier Wine Country neighbor to the east, but it manages to be at the same time both quaint and sophisticated, with a clear sense of tradition and history. Above all, Sonoma is a great place for families, since the Wine Country isn’t necessarily all about wine.

One of our favorite things to do is to stake out a place in Sonoma’s historic downtown Plaza, and have a picnic. Once the parade ground for the Mexican soldiers stationed here in the 19th century, the Plaza is an expansive park in the heart of Sonoma, with lush green lawns, two playgrounds, fountains, a pond with ducks, and plenty of shade. It’s the perfect place for families to relax and play. There's often something fun going on here, too, like art shows, a farmer's market, and even an annual ox roast celebration.

We generally bring along our picnic lunch from home, or we stop on the way at Angelo’s Wine Country Deli, our favorite place to grab sandwiches, salads, drinks, and chips. They always have samples of their rightfully famous homemade beef jerky available. It’s fantastic, and you’ll probably find yourself buying a couple pieces to take with you (try the teriyaki and the pepper flavors). Angelo’s is a local fixture, and they cure and smoke their own meats, as well as use sourdough rolls from the local Basque Boulangerie bakery. They also make their own sausages, bacon, ham, mustard, salsa, pickled garlic, and more.

Angelo’s is on Highway 121 near the Sonoma Valley Airport and across from the Gloria Ferrer Champagne Cellars. Look for the small shack with a life-size red-and-white fiberglass cow on the roof and you’ll know you’re at the right place. Angelo's sandwiches are huge, as are the accompanying portions of homemade potato and macaroni salad they serve alongside. Unless you're utterly ravenous, consider splitting a sandwich to save room for beef jerkey, garlic salsa, olives, and other goodies.

Even if you don't show up with your picnic lunch in tow, don't worry. The Plaza is surrounded by great shops and restaurants. You can grab sandwiches and picnic supplies at a number of different places, including the always-bustling Sonoma Cheese Factory or the Basque Boulangerie Café. Both of these places can get really busy, especially during the summer tourist season. Sonoma Cheese Factory sells a wide variety of cheeses, including their own Sonoma Jack products and cheese from Petaluma's Spring Hill Farm. You can also get deli sandwiches, gelato, coffee, and more.

Another great spot to buy picnic provisions is at Vella Cheese, located a block or so off the Plaza at 315 Second Street East. Vella serves up similar jack cheeses like the Sonoma Cheese Factory, but this is the place where the locals go so it's less crowded and less expensive (and better, according to many). Vella Cheese is open Monday through Saturday, 9:30 am to 6 pm; closed Sunday and major holidays. Vella is a local favorite that produces amazing handmade jack, cheddar, and Italian-style cheeses, and sells things like bread, crackers, and salami to complete your picnic. Although they don’t have all their cheeses set out as samples, the friendly staff will happily let you taste anything you like. Their cheese is also much less expensive than if you buy it at a specialty store or supermarket. Try the rosemary, pesto, or habanero jack cheeses. They also give the kids stickers, which adds to the fun.

Right across the street from Vella is The Patch, which as its name implies is a small farm stand in the middle of a fruit and vegetable patch. If they’re open (usually in the summer), it’s worth a stop for some ultra fresh tomatoes or berries.

For an after-picnic treat, you can treat the family some ice cream at one of the shops around the Plaza. The Ben & Jerry's scoop shop on the east side of the Plaza was insanely crowded the last time we were there, so we opted for the locally-owned Chocolate Cow just down the street. The Chocolate Cow sells ice cream, gelato,and Hawaiian-style shave ice, and doubles as an old fashioned candy store. They also have a big cooler of icy water, which is welcome on days when Sonoma gets hot, which it can in the summer.

In case the Plaza is too crowded, a great alternative picnic spot downtown is the Depot Park (although the people-watching isn’t as good as at the Plaza). Just half a block off the Plaza, this park is site of Sonoma’s old railroad depot, and has shady picnic areas with barbeque grills, a playground, pétanque courts, and small history museum. The Depot Museum is run by the Sonoma Valley Historical Sociery. Admission is free, and docents will give you a tour of the displays. There’s also a caboose and a couple of other old railway cars on the tracks outside the museum. The Depot Museum is open Wednesday through Sunday from 1 to 4:30 pm.

In the next installment, we’ll take a tour of the historic buildings near the Plaza, including Mission San Francisco de Solano and General Vallejo’s home. 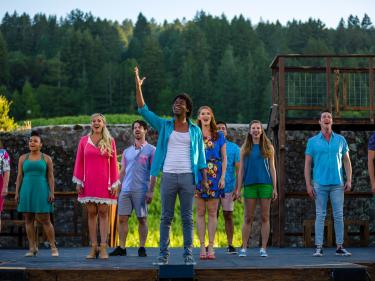 Don't Stop Believin' with Broadway Under the Stars This Weekend 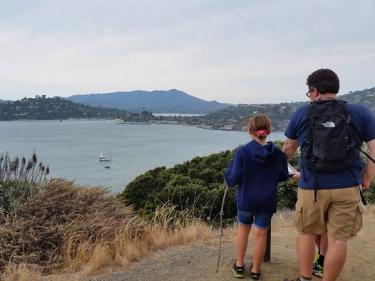 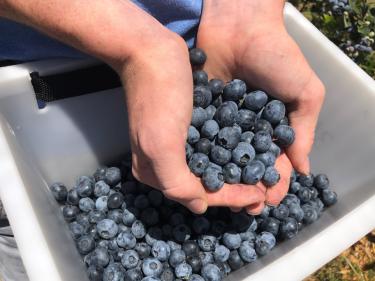