Back to top
Home | Birds, Beaches, and Boats in Bodega Bay 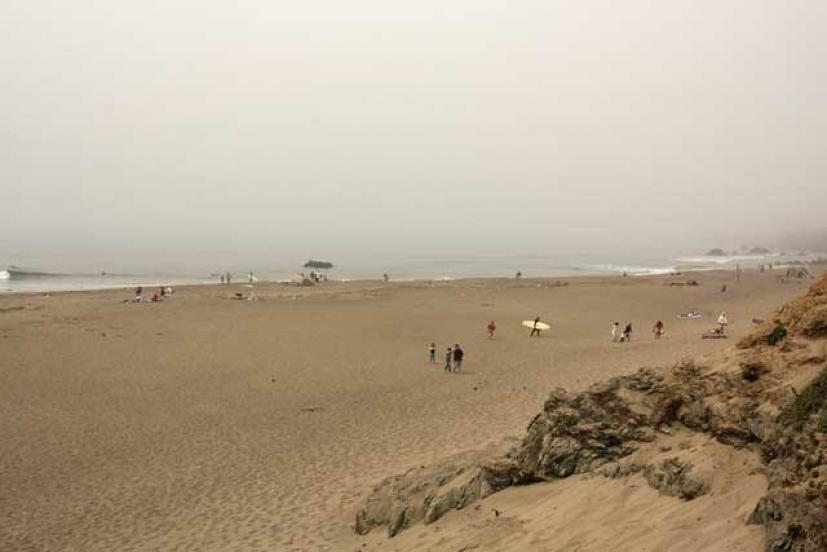 When I was a kid, I thought that Alfred Hitchcock's The Birds was one of the scariest movies ever. Not only was the idea of thousands of birds randomly attacking people frightening, but the fact that it all took place in the small Sonoma County coastal town of Bodega Bay, just north of Marin County, made it hit pretty close to home.

Of course now I know that Bodega Bay is great place to visit (and that a mass bird attack is really pretty unlikely). Since it's the 50th anniversary of The Birds, it's a great time to visit to check out locations from the movies and to have some family fun, too. It's one of our favorite places to visit.

Unlike the relatively unspoiled wilderness of Point Reyes National Seashore, Bodega Bay and its surrounding areas are more developed and commercialized, and have much more of that "classic beach town" atmosphere. You'll find kite shops, salt water taffy and ice cream stands, and restaurants in abundance, and many of the restaurants in Bodega Bay get their seafood from the fishing boats that tie up right alongside them.

You'll find several stretches of beach in Bodega Bay. When we're there, we like to visit Salmon Creek Beach. Part of the Sonoma Coast State Park, it's located about five minutes north of town. (Look for the sign and the parking area.) Located where Salmon Creek spills into the Pacific Ocean, this broad expanse of beach is popular with families. It's also a great place to look for shells and sand dollars, especially at low tide. Salmon Creek Beach can get really busy on weekends, so be prepared to scamble for a parking spot.

Another go-to spot for us is Bodega Head. Also part of Sonoma Coast State Park, this rocky headland forms the entrance to Bodega Harbor, and features dramatic cliffs, a beach, and hiking trails. On a clear day, the views are spectacular, and it's a great site for whale watching, too.

To get to Bodega Head, you'll drive along Westshore road past Spud Point Marina with its fishing boats. Somewhere along here is the site of Rod Taylor's house where the children's birthday party gets attached by seagulls in The Birds. Don't look for it, though, as the house was just a set built for the movie and was torn down long ago.

Keep in mind that the beaches in Bodega Bay, like many of those in Northern California, are not for swimming due to dangerous surf and treacherous rip currents. Make sure you keep an eye on little ones at all times.

Bodega Bay offers plenty of places to dine and shop for goodies and souvenirs. Many of the shops seem to offer the same kinds of things, including T-shirts, shells, kites, and salt water taffy. We often stop at Patrick's Salt Water Taffy, which has been selling candy and souvenirs along Highway 1 since before The Birds, even. Their pink-and-white striped building is impossible to miss, and they carry chewy salt water taffy in almost every concievable flavor.

Another place to check out is the Tides Wharf & Restaurant, which figures prominently in The Birds—it's where Tippi Hedren and a number of other people seek shelter from a bird attack. This harborside complex includes a gift shop, snack bar, restaurant, bar, fish market and even a video arcade. The Tides also features a display of photos and articles about the making of The Birds.

As with many seaside towns, most of the restaurants along Highway 1 are expensive and busy, and the food quality is just so-so (although the seafood is very fresh). For a better bet, check out Spud Point Crab Company out on Westside Road near Spud Point Marina. There's often a line out the door for a reason: they offer award winning clam chowder (both white and red varieties), as well as crab and tri-tip sandwiches, hot dogs, chili, and more. The owner's fishing boats are moored right across the street, so you're guaranteed fresh seafood! Spud Point Crab is open daily from 9 am to 5 pm.

For more chowder and fish and chips, try the aptly named The Birds Café, which serves up big portions and stunning views from their deck. It's located on the north side of town at 1407 Highway 1.

Bodega Bay is located along Highway 1 west of Petaluma and Sebastopol, about an hour's drive from Marin. To get there, take Highway 101 to the Washington Street exit in Petaluma. Head west on Washington Street over the freeway and follow it until it becomes Bodega Avenue. Follow Bodega Avenue to the Two Rock area and bear left onto Valley Ford Road. Continue west on Valley Ford Road onto Highway 1 and into Bodega Bay.

As always with coastal California, be prepared for any kind of weather by dressing in layers. Summer can be foggy and cool (as our photos attest), but fall and spring can be sunny and spectacular.

Oh, by the way, don't try to find the iconic Victorian schoolhouse from The Birds in Bodega Bay. The schoolhouse still stands in neaby Bodega, and the movie was cut to make it seem like both towns were part of the same place. 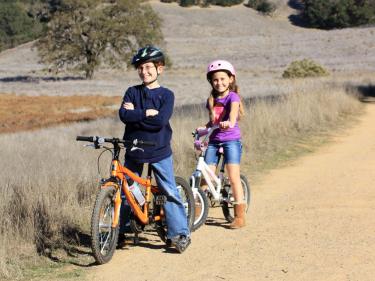 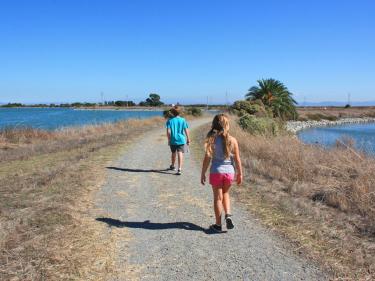 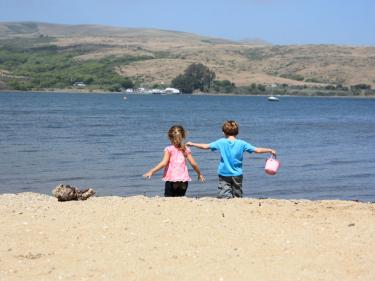 Find the Most Effective Sunscreens with EWG's 2020 Sunscreen Guide