Take a Family Hike to the Fairway Waterfall in Novato 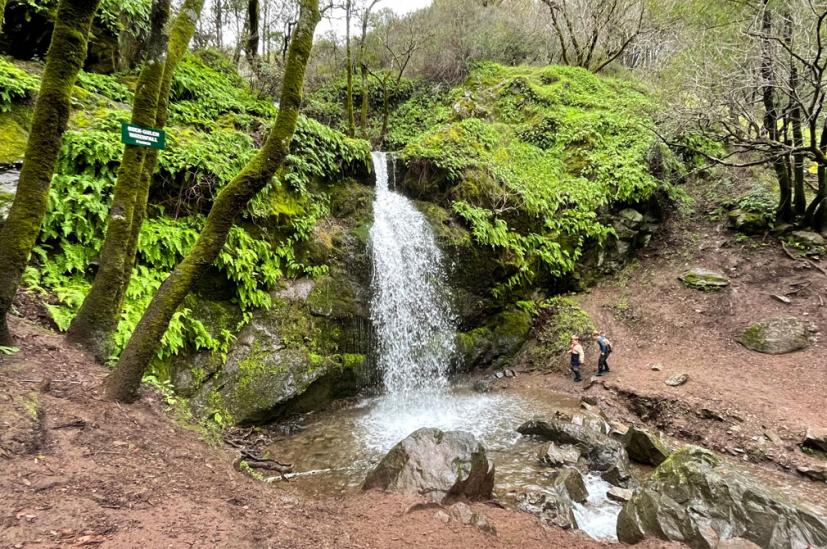 When it rains, we love to head outdoors and take a waterfall hike! Hikes with the family are especially fun when there's something exciting to see at the end of the trail, like a rushing waterfall. Marin's waterfalls are some of the county's hidden treasures, and are best appreciated when they're running full force in winter and spring. The Fairway Waterfall, also known as Buck Gulch Falls, is a seasonal waterfall that can be found on a trail at the end of Fairway Drive, in Novato's Country Club neighborhood.

The trail to the Fairway waterfall is short and easy and the trailhead is conveniently located, so it's a perfect hike for kids. So bundle up, put on those puddle stompers and raincoats, and head outdoors for a waterfall hike! After our recent winter storms, the waterfall is flowing in full force, so you will not be disappointed. 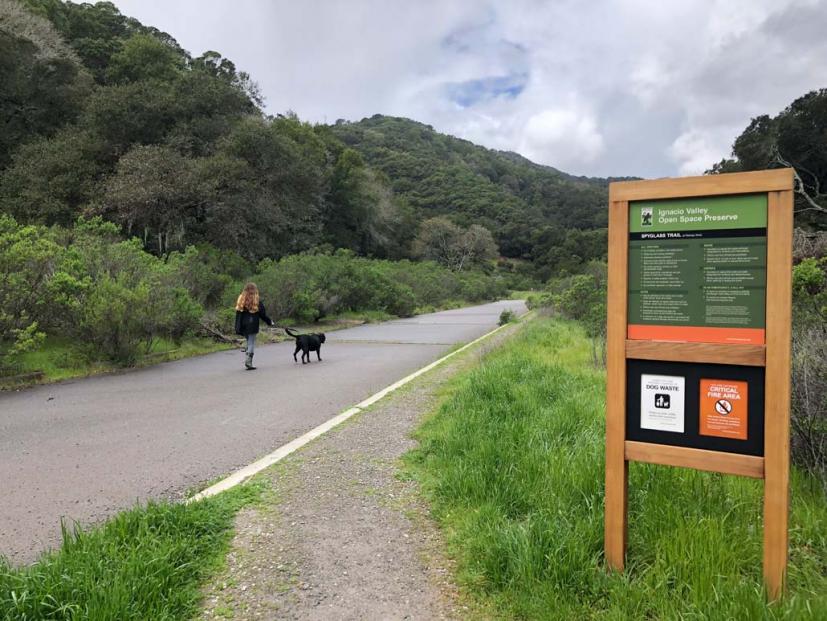 The trailhead is at the site of what looks like was supposed to be a gated development that never went anywhere—there's a gate and short section of street and that's it. Park the car and walk down the paved street to the start of the trail. You'll notice a burbling creek—the Arroyo de San Jose—running alongside the path. There are upper and lower trails, both of which end up at the main trailhead. On the lower side to your left, there are some nice bricks used as stepping stones to help you cross the creek. This is definitely the way to go. 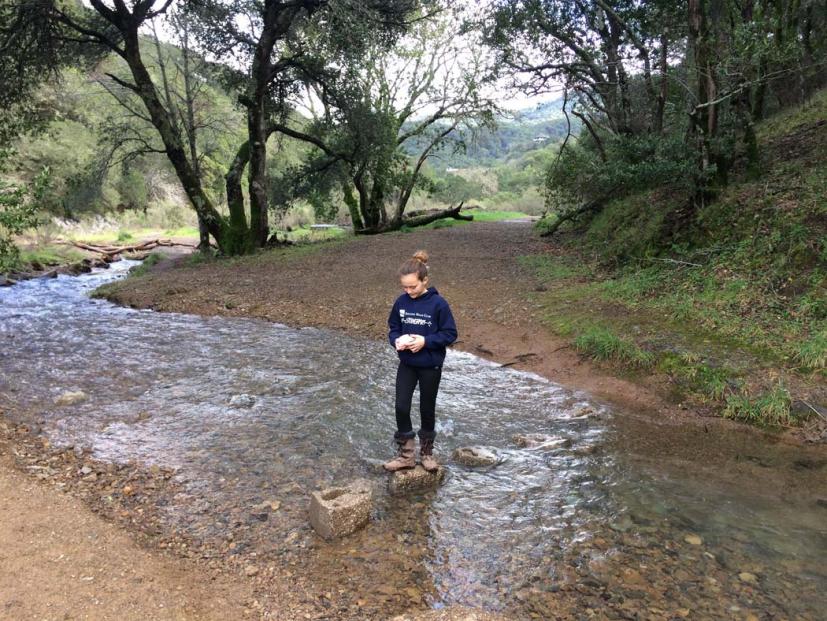 As you continue uphill the trail passes through a meadow and then enters an area covered by the tree canopy of an oak and Bigleaf Maple forest. It's cool and shady, and with the fast moving creek, ferns, wildflowers, and emerald-green moss on the trees and boulders, the landscape looks like a sort of delightful fantasyland. It's hard to believe there's a neighborhood just a short distance down the trail. Along the way, there are a few safe spots to clamber down by the creekside and take a closer look. 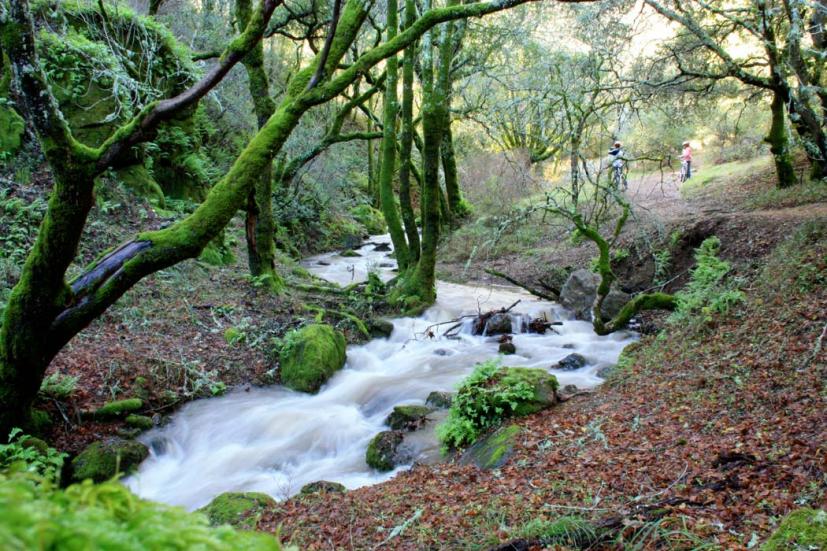 There's also another spot where the creek bisects the trail, so prepare to ford the stream a second time. Again, after a hard rain this section of the creek can be difficult to cross. There were plenty of families doing it on our last trip, but it's up to you to decide whether you and your kids can cross it. 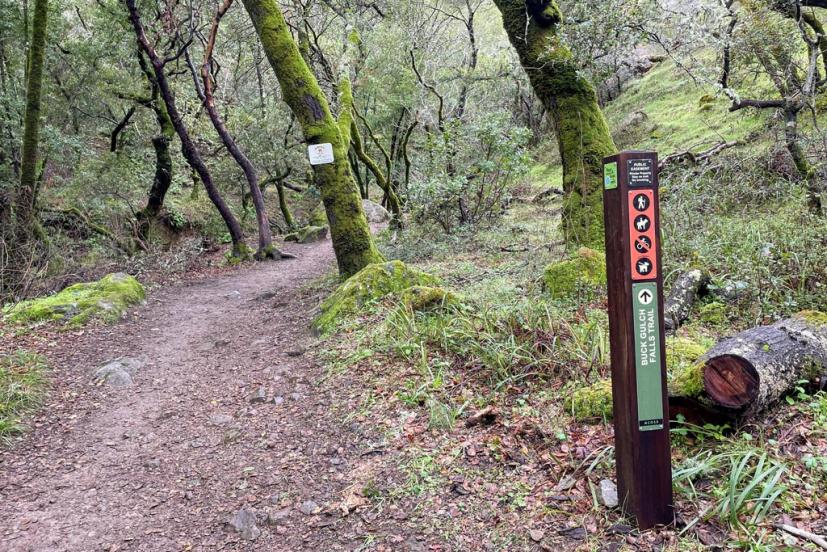 You'll find the waterfall about half a mile or so up. You'll know you're almost there when the trail gets a little steeper and the creek, now on your right, descends the hill in a cascade. You'll definitely hear the Fairway Waterfall before you see it, especially if it's been really rainy the day before. You'll catch glimpses of the waterfall as you head up the hill on the final stretch. Finally, you'll come to a clearing where the waterfall in all its glory splashes down into a rock-lined pool. 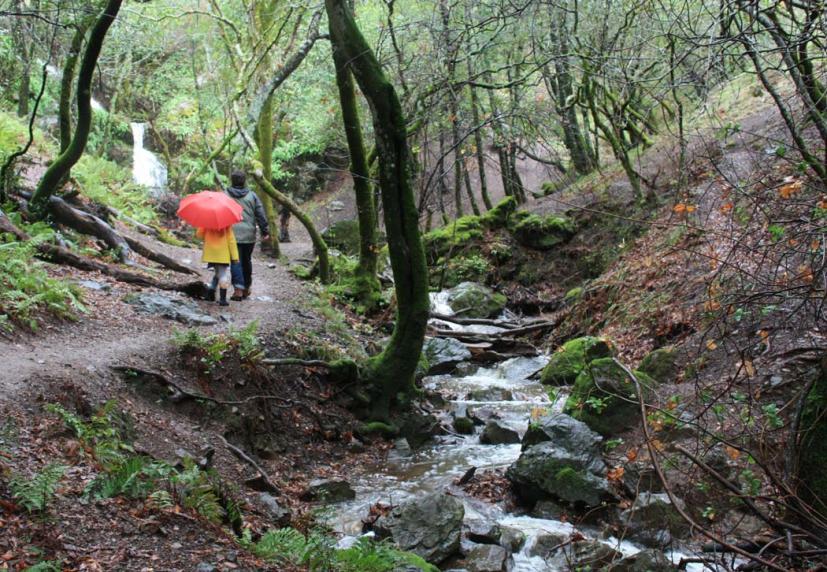 The quality of the waterfall definitely depends on rainfall; you probably won't want to bother with this hike in the summer or early fall. But during winter and spring it's definitely a must-do hike in Marin.

On the day of our hike the waterfall was full with runoff from the previous week's storm making its way down Big Rock Ridge to the creek. The waterfall itself is probably about 30 feet high. When you're done, hike back out the way you came. The entire hike round-trip took about an hour. 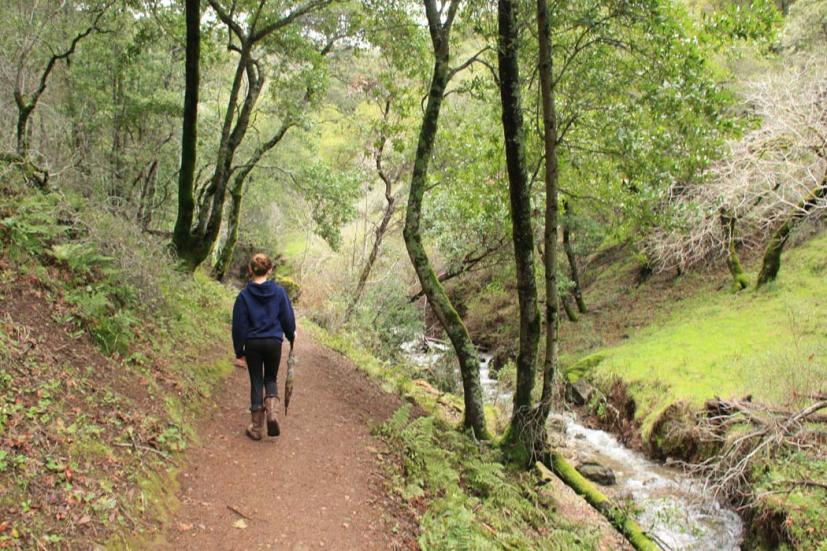 Some of this trail is actually on an easement that goes through private property. At one time you could ascend the trail beyond the first waterfall to see a series of additional waterfalls up above it. This part of the trail beyond Marin County Open Space District lands is now fenced off and inaccessible.

Rainy days are a great time to go, and waterproof footwear (like rain boots or waterproof hiking boots) and outerwear will make the whole trip a lot more pleasant and fun. Otherwise, the standard layered clothing axiom that applies to hiking in the Bay Area applies here.

Jogging strollers won't be able to tackle some sections of the trail, so leave them at home and bring a child-carrier backpack if you're going with little ones who can't walk the whole way. Make sure you stay on the trail, as poison oak abounds in the woods here, and just because you can't see it doesn't mean it isn't there.

Make sure you bring your own drinking water, as there isn't any available there. There are no restroom facilities, either. On-leash dogs are welcome on the trail. 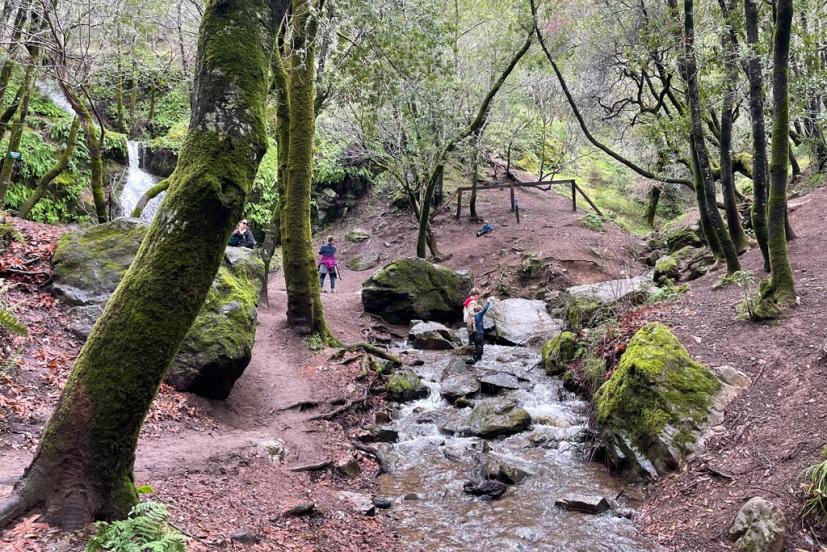 To get to the Fairway Waterfall, take Highway 101 to the Ignacio Boulevard exit and head west on Ignacio Boulevard. Turn left onto Fairway Drive and follow Fairway until you get to the end of the road. Parking is along the road, and there's plenty of it, unlike other Marin waterfall hot-spots like Cascade Falls in Fairfax. The trailhead at the end of Fairway is not marked, but after you cross the creek the first time you'll see a marker identifying the area as in the Marin County Open Space District's Ignacio Valley Open Space Preserve.

If you're looking for additional waterfall hikes in Marin, consider Cataract Falls on Mt. Tamalpais — considered by some the best in the county, as well as Cascade Falls in Mill Valley, Cascade Falls in Fairfax, and the Waterfall Trail at Indian Valley Open Space Preserve in Novato. 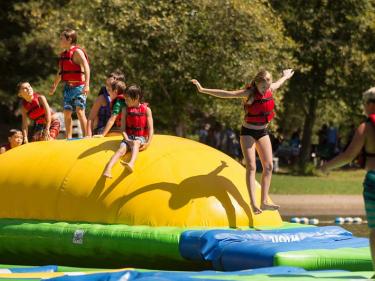 Stay Cool this Summer at the Spring Lake Water Park 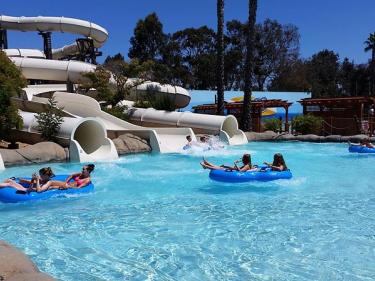 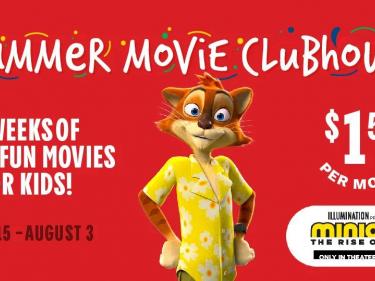 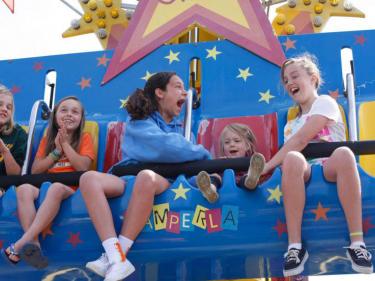 Marin Weekend Family Fun for May 21–22